See Vejle Ådal from bicyle or by foot

Danhostel Vejle is located right down to the beautiful Vejle Ådal which is also called Denmark’s Natural Park. Here you will find a lot of cycling and hiking trails. The most recommended is the “Bindeball path”, which follows the closed Vandelbanes trail from Vejle through the river valley to Bindeballe by the army road.

Attractions in and around
The area is large but most attractions in Vejle Ådal can be reached in approx. 15 minutes by car from Danhostel Vejle. You can easily get a good day trip by driving to the different places if you do not want to cycle all the way.

The most well-known attractions are the Egtved Girl’s Tomb, the Ravning Bridge from the Viking Age, the Bindeballe Shopping Center, the old-fashioned country trade and grocery museum, the Randbøldal Museum with, among other things. water experimentarium, Randbøl Hede, Frederikshåb Plantage and Robert Jacobsen’s and Jean Clareboudt’s impressive sculptures in Dryskin Gravel Grave.

Worth a visit is also the old Baroque church in Nørup and the area around Engelsholm Castle and lake.

Vejle Ådal is East Jutland’s longest and most significant tunnel valley, formed and flushed by summer meltwater under the last ice age of East Jutland ice cap, for thousands of years.

In the river, Vejle River runs, and it extends approx. 20 km west from Vejle and ends in the east in Vejle Fjord. In March 2017, the Danish Society for Nature Conservation submitted a proposal for the conservation of an area of ​​858 hectares in Vejle Ådal. It covers a stretch of 7 km of the valley, with varying widths.

Plan your next family vacation at Danhostel Vejle 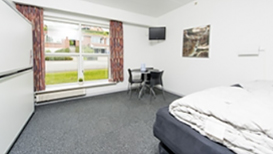 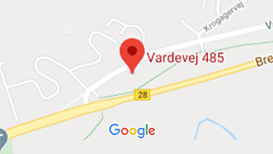 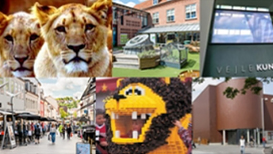